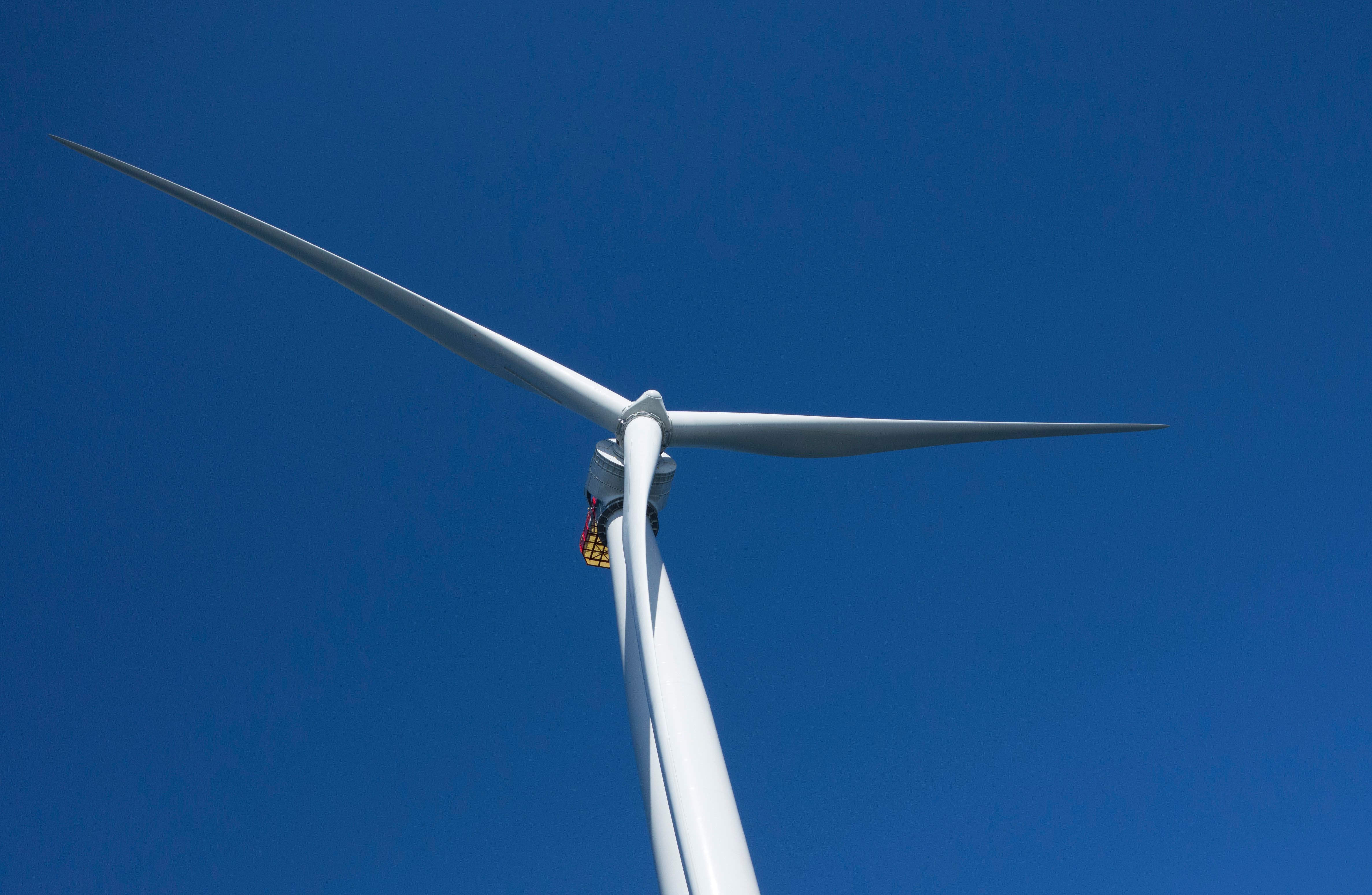 The U.S. offshore wind sector took a major step forward Tuesday after authorities gave the green light for the construction and operation of the 800 megawatt (MW) Vineyard Wind 1 project.

In a statement, the U.S. Department of the Interior described the development, which will be located in waters off the coast of Massachusetts, as “the first large-scale, offshore wind project in the United States.”

The Vineyard Wind project, it said, was expected to generate 3,600 jobs and “provide enough power for 400,000 homes and businesses.”

The DOI added that a Record of Decision had granted Vineyard Wind “final federal approval to install 84 or fewer turbines off Massachusetts as part of an 800-megawatt offshore wind energy facility.”

According to the Vineyard Wind team, the facility will use GE Renewable Energy’s huge Haliade-X turbines, which will mean only 62 will actually be required.

Vineyard Wind is a 50-50 joint venture between Copenhagen Infrastructure Partners and Avangrid Renewables. The latter is a subsidiary of Avangrid, which is part of the Iberdrola Group, a major utility headquartered in Spain.

Iberdrola says investment in the project will amount to 2.5 billion euros ($3.03 billion). If all goes to plan, it could enter into service in 2023.

In a phone interview on Tuesday, Jonathan Cole, who is global managing director of offshore wind at Iberdrola, told CNBC that the project’s approval was “extremely significant.”

“This is the permit needed to now allow us to go ahead and build the project,” he said.

“This is the first of its kind in the U.S. and it’s expected to be followed by many other projects, so this is really the one which is going to kick off, in earnest, the U.S. offshore wind sector.”

Cole’s views were echoed by a number of organizations, including the National Ocean Industries Association.

Its president, Erik Milito, described the greenlighting of the Vineyard Wind project as “an American energy milestone.”

“American offshore wind is a generational opportunity, and its outlook is more certain with the Vineyard Wind Record of Decision,” he went on to add.

Elsewhere, Heather Zichal, who is CEO of the American Clean Power Association, hailed “a historic day for clean energy and for our country that has been over a decade in the making.”

“Now is the time to push forward on offshore wind, catch up to global competitors, and decarbonize our electric grid, so that the U.S. can deliver economic and environmental benefits to our citizens and combat climate change,” she added.

In March, the Departments of Energy, Interior and Commerce said they wanted offshore wind capacity to hit 30 gigawatts (GW) by 2030, a move the Biden administration hopes will generate thousands of jobs and unlock billions of dollars in investment over the coming years.

If this target is realized it would represent a significant expansion for the U.S. While America is home to a well-developed onshore wind industry, the country’s first offshore wind facility, the 30 MW Block Island Wind Farm, only started commercial operations in late 2016.

Preliminary figures from the U.S. Energy Information Administration show that, for 2020, wind’s share of utility-scale electricity generation came to 8.4%.

Looking at the global picture for offshore wind, the U.S. still has a ways to go before it catches up with more mature markets, such as the one found in Europe.

Last year, the sector there attracted over 26 billion euros (around $31.5 billion) of investment, a record amount, according to figures from industry body WindEurope. In 2020, 2.9 GW of offshore wind capacity was installed in Europe.

Russia Covid vaccines will not be obligatory Putin says amid skepticism

Jefferies on the carbon challenges in electrical car manufacturing

Traders who’re quick GameStop, AMC are out of their thoughts

Engine No. 1 wins no less than 2 Exxon board seats as activist pushes for local weather technique change

Digital Marketing admin - April 18, 2021 0
The author's views are entirely his or her own (excluding the unlikely event of hypnosis) and may not always reflect the views of Moz....

Digital Marketing admin - May 17, 2021 0
Guys, we spend eight hours a day doing digital activities. That’s more than half the day. More than most of us sleep. And we...

Technology admin - April 24, 2021 0
In doing that,, I wanted to really open up this understanding of AI as neither artificial nor intelligent. It’s the opposite of artificial....