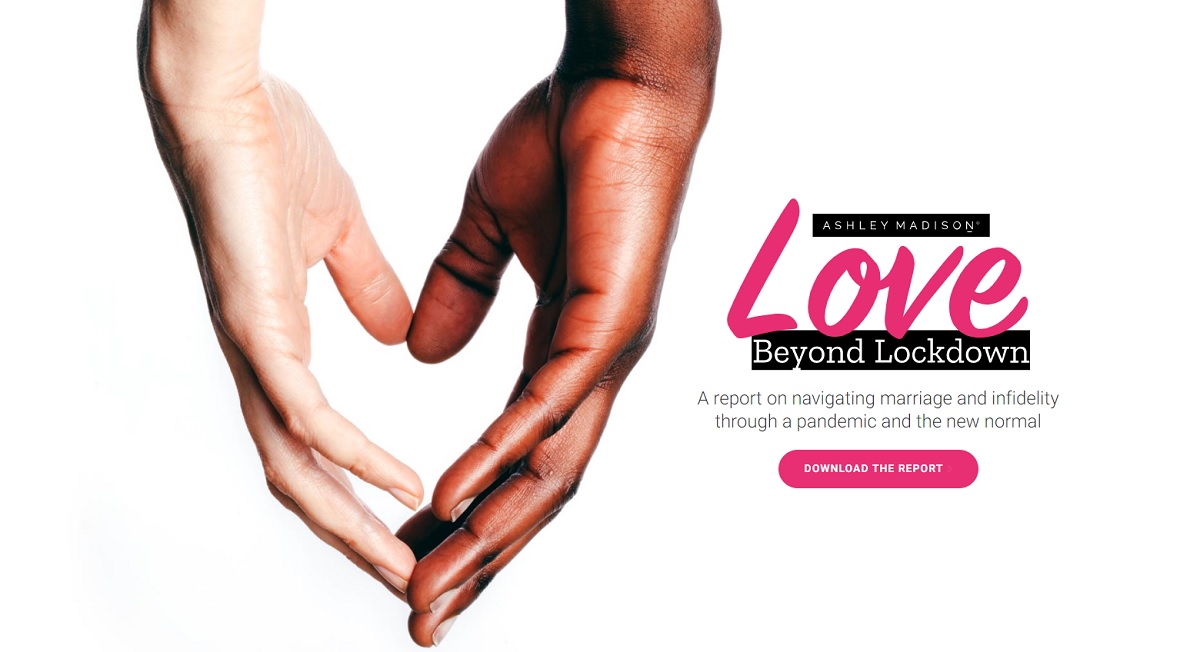 “Married dating” prospered during the pandemic. Ashley Madison, the site for connecting people who want to have affairs, said its membership crossed 70 million by the end of 2020, up 5.5 million registrations from a year earlier.

During the coronavirus, the site grew by an average of over 15.2 thousand new members each day, or 466,233 per month, Ashley Madison chief strategy officer Paul Keable told VentureBeat in an interview.

“It marks a significant internal milestone for us but also continues to show the viability of the business and also the interest in the idea of monogamy not being the answer to everybody’s problems,” Keable said.

The site’s tagline is, “Life’s short. Have an affair.” And despite the fact that it was harder than ever to have an affair while lockdowns were enforced, the site has continued to grow. A survey released in September showed that people sought out affairs as a form of outside emotional support in times of uncertainty and stress.

The 70-million figure is more than double the number of users Ashley Madison had back in July 2015, when hackers stole data on 32 million cheating spouses. The leak of sensitive data led to spouses discovering that their significant others were cheating and sparked divorces, breakups, and suicides. The hackers also exposed that Ashley Madison used bots posing as attractive young women to lure men into engaging more with the site.

The vast majority of Ashley Madison members have said that having affairs keeps them married. In an effort to understand the motivations behind choosing infidelity over divorce during a pandemic and how marriage will be impacted in the future, the company has conducted multiple surveys of its members. The results backed up Ashley Madison’s belief that marriage is a pragmatic arrangement that offers inherent value despite a partner often failing to provide sufficient love, support, or desire.

Above: Ashley Madison is seeing a surge during the coronavirus.

Following the widespread shelter-in-place orders that began in March 2020, Ashley Madison began to see signup numbers climb. The company found that although many members were quarantined with their spouse, the urge to cheat was higher than ever.

“What people were telling us is that through the aspects of isolation and lockdown and all those different things, they needed an outlet,” Keable said. “And for a number of reasons, for the vast majority of people who were in monogamous relationships, the pandemic either exposes existing cracks or deepens existing cracks in the relationship that were really hard to address.”

He added, “In the pre-pandemic world, if I had a problem with my wife, I may then go out to the bar and have a pint with the boys or go off to an event or somewhere else where I could distract myself from that issue. And we could cover that over. And that was taken away from us. We really didn’t have all those options to entertain ourselves and distract ourselves away from the problems at hand.”

Ashley Madison lets women register for free and charges men when they want to contact people on the site. But when women contact other women, Ashley Madison charges them for that. On average, there are 10 male customer accounts for every seven active female accounts. But that ratio varies widely between countries. In the U.S., there are 10 men per six available women. But more women than men are registering in France, Colombia, Portugal, Hong Kong, and Brazil.

Big growth areas during the year were the U.S., Brazil, Canada, the United Kingdom, and Mexico.

Above: Ashley Madison has doubled its membership in five years.

Ashley Madison doesn’t disclose its revenues, but Keable said the number was flat in 2020 compared to 2019. While revenue rose as the number of users increased, there was a pause in the spring during the initial lockdown. Numbers also fall away during the holiday season, as is typical, he said.

“We’ve really built up a robust sort of foundation that continues to grow,” he said. “And I think this year, we’re going to see some substantial growth by the end of the year. We’re at 21,000 new members a day, for the start of the year. But we projected by the end of the year, if the plans we have in place go according to plan, we’re probably gonna see a little over 30,000 people join per day.”

Keable said another survey showed that people value physical touch with their affair partners, while they value quality time with their spouses. About 75% of cheaters believe the lack of catering to each other’s dominant love language is responsible for the missing intimacy within their marriage, the survey said.

Most of our members tell Ashley Madison that they love their partners or spouses, Keable said. He added that they’re not looking to leave their relationship, just to fulfill a need that’s being missed.

As for the new members, Keable said the millennial generation is starting to sign up.

Keable said Ashley Madison will expand into new markets in 2021. He noted that the company saw a spike in registrations in Taiwan last year when the country changed a tough adultery law. With no new marketing, Ashley Madison saw 120,000 people sign up within a week.

VentureBeat’s mission is to be a digital town square for technical decision-makers to gain knowledge about transformative technology and transact.

Our site delivers essential information on data technologies and strategies to guide you as you lead your organizations. We invite you to become a member of our community, to access:

Regardless of controversy, Costco will proceed to assessment purchaser tickets and Profeco can’t stop...

Entrepreneur admin - May 3, 2021 0
Critics have failed to stop Costco from checking customer tickets when leaving its stores. Even Profeco indicated that it cannot prohibit the practice, which...