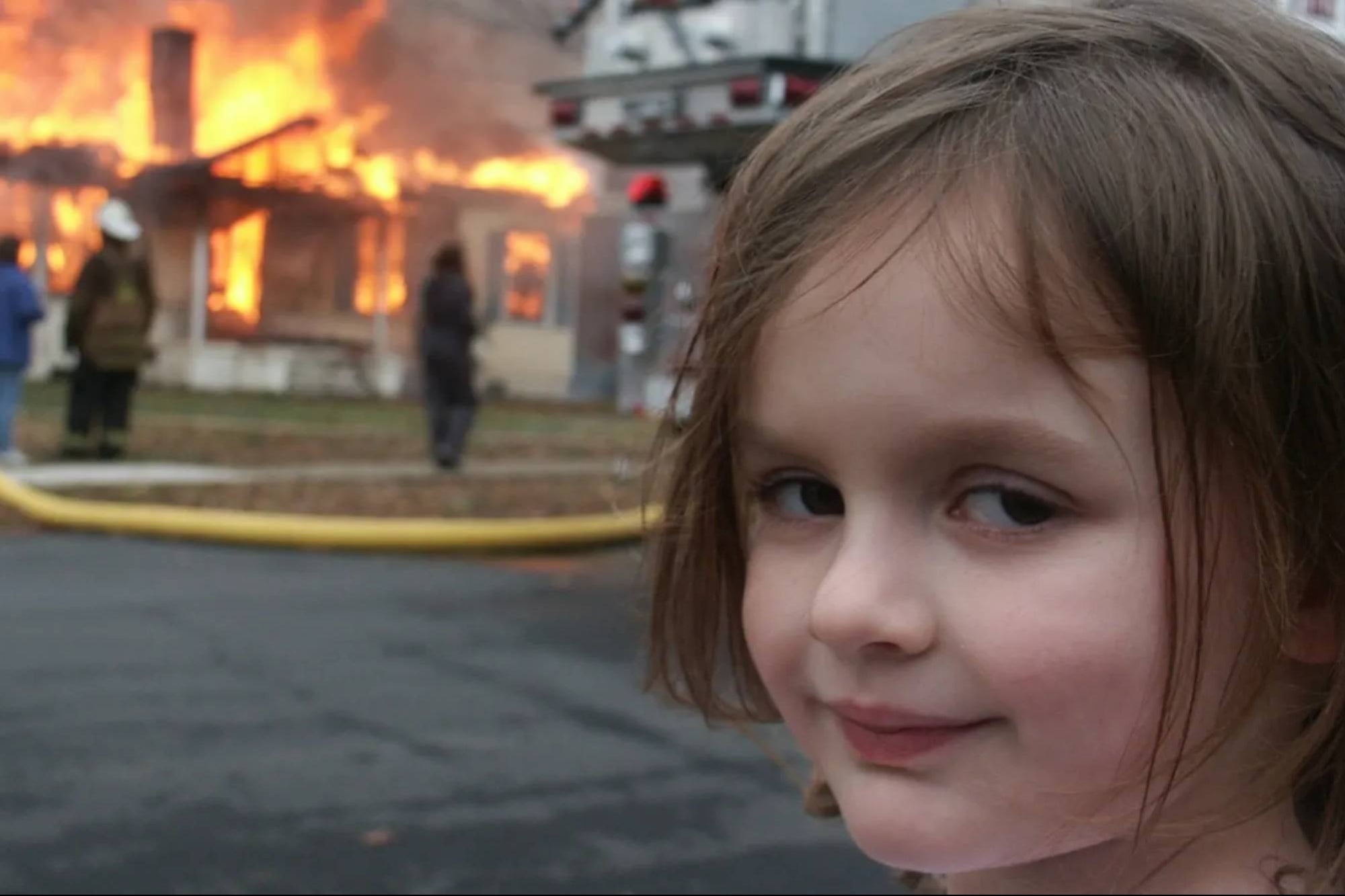 The protagonist of the image is Zoe Roth, who is currently 21 years old.

Were you ever a meme? Maybe you should check what all this is about the NFT or ” non-fungible token “. The girl who starred in the “ Disaster Girl ” meme managed to sell the image for 180 Ether, which is equivalent in the cryptocurrency of Ethereum to 470 thousand dollars (9,378,412 Mexican pesos approximately).

The protagonist of the image is Zoe Roth, who is currently 21 years old and is studying at the University of North Carolina at Chapen Hill. In February the young woman received a proposal to sell her photo as an NFT and she got it.

Roth managed to auction the photograph in which he comes out with a smile at the age of four and in the background a burning house, which was captured by his father Dave Roth.

According to The News & Observer , the young woman and her father contacted other people who had sold their memes, such as the boy from ” Bad Luck Brian ” and the girl from “Overly Attached Girlfriend.”

Zoe will donate a portion of her earnings to charities, while her father will use another to fix the air conditioning in his car.

Discovering Various Tips And Advice When Thinking Of Buying And Selling Properties In...