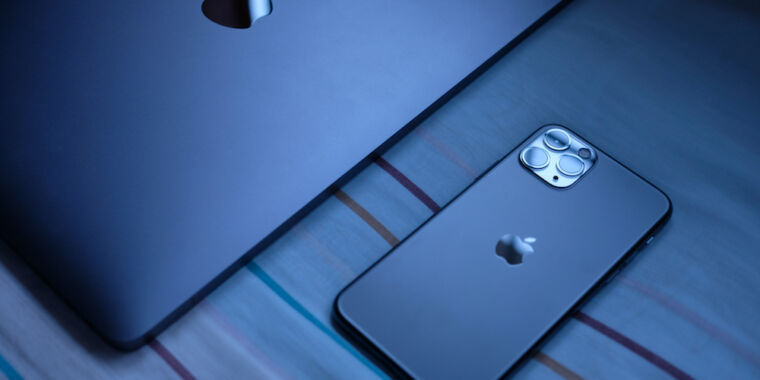 Apple has yet to patch a security bug found in iPhones and Macs despite the availability of a fix released almost three weeks ago, a researcher said.

The vulnerability resides in WebKit, the browser engine that powers Safari and all browsers that run on iOS. When the vulnerability was fixed almost three weeks ago by open source developers outside of Apple, the fix’s release notes said that the bug caused Safari to crash. A researcher from security firm Theori said the flaw is exploitable, and despite the availability of a fix, the bug is still present in iOS and macOS.

“This bug yet again demonstrates that patch-gapping is a significant danger with open source development,” Theori researcher Tim Becker wrote in a post published Tuesday. “Ideally, the window of time between a public patch and a stable release is as small as possible. In this case, a newly released version of iOS remains vulnerable weeks after the patch was public.”

“Patch-gapping” is the term used to describe the exploitation of a vulnerability during the usually brief window between the time it’s fixed upstream and when it becomes available to end-users. In an interview, Becker said that the patch has yet to make its way into macOS as well.

The vulnerability stems from what security researchers call a type confusion bug in the WebKit implementation of AudioWorklet, an interface that allows developers to control, manipulate, render, and output audio and decrease latency. Exploiting the vulnerability gives an attacker the basic building blocks to remotely execute malicious code on affected devices.

To make the exploitation work in real-world scenarios, however, an attacker would still need to bypass Pointer Authentication Codes, or PAC, an exploit mitigation system that requires a cryptographic signature before code in memory can be executed. Without the signature or a bypass, it would be impossible for malicious code written by the WebKit exploit to actually run.

“The exploit builds arbitrary read/write primitives which could be used as part of a larger exploit chain,” Becker said, referring to proof-of-concept attack code his company has released. “It does not bypass PAC. We consider PAC bypasses to be separate security issues and thus should be disclosed separately.”

Theori said that company researchers independently discovered the vulnerability but that it had been fixed upstream before they could report it to Apple.

“We didn’t expect Safari to still be vulnerable weeks after the patch was public, but here we are… ” Becker wrote on Twitter.

This exploit was a fun challenge. We didn’t expect Safari to still be vulnerable weeks after the patch was public, but here we are… https://t.co/jkEH7w498Q

While the threat posed by this vulnerability isn’t immediate, it’s still potentially serious because it clears a significant hurdle required to wage the kinds of in-the-wild exploits that have bedeviled iOS and macOS users in recent months.

According to a spreadsheet maintained by Google’s Project Zero vulnerability research team, seven vulnerabilities have been actively exploited against Apple users since the beginning of the year. The figure rises to eight if you include a macOS zero-day that Apple patched on Monday. Six of the eight vulnerabilities resided in WebKit.

General Business News admin - April 29, 2021 0
A boy reacts next to the body of his father, who died from the coronavirus disease (COVID-19), at a crematorium in New Delhi, India...

The race to know the thrilling, harmful world of language AI

Technology admin - May 20, 2021 0
Among other things, this is what Gebru, Mitchell, and five other scientists warned about in their paper, which calls LLMs “stochastic parrots.” “Language...