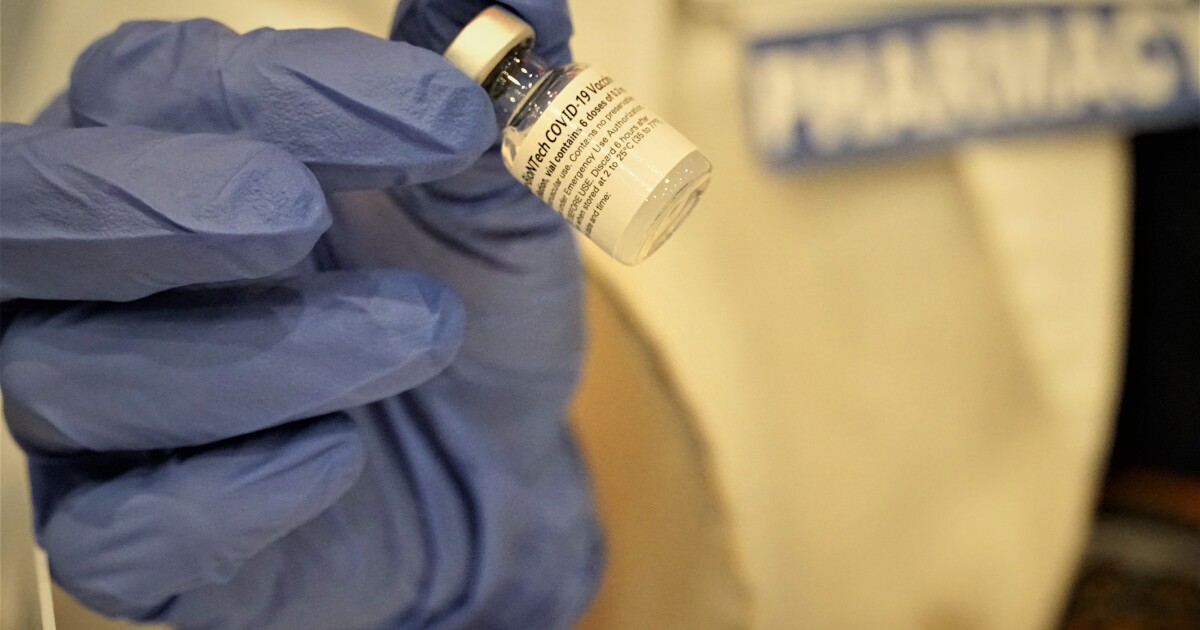 St. Louis health officials are bringing the COVID-19 vaccine to homebound residents, instead of waiting for them to come to clinics or other distribution sites.

The St. Louis City Department of Health is working with the city’s Fire Department and the St. Louis Area Agency on Aging to vaccinate residents who can’t leave their homes because of their age or disability.

“We realized early on we needed to connect with and partner with organizations who regularly provide services and interact with some of the most vulnerable people in our community,” said Dr. Fred Echols, the health department’s acting director. “One population who was at the top of our list was homebound individuals.”

Since the city’s homebound vaccination program began last week, emergency medical technicians from the fire department have given shots to nearly 100 people.

The city partnered with the St. Louis Area Agency on Aging in part because the agency has data on who receives in-home services. That helps city officials determine who needs to receive shots in their homes. The program will go on as long as shots are available, department officials said.

A similar program in St. Louis County has vaccinated more than 300 homebound residents since beginning last month, a county spokesman said. County health workers also have vaccinated more than 1,000 residents of senior living facilities and group homes that were left out of the federally run nursing home vaccine program earlier this year.

Even if people don’t leave their home, they’re still at risk of contracting the coronavirus, Echols said.

There are still many people who haven’t gotten sick or who have contracted the coronavirus and are still at risk.

“Our homebound individuals are not excluded from that,” he said. “They have visitors, family friends, etc., that come into that space that could potentially expose them as well.”

Elderly and chronically ill homebound residents are among the most at risk of serious complications from COVID-19.

The program marks a departure from how the government has been distributing the vaccine so far. Many people in the region have received shots at large-scale events and clinics such as the mass vaccination site in downtown St. Louis.

But that initial wave of enthusiasm is waning, St. Louis Metropolitan Pandemic Task Force Commander Alex Garza said. The next challenge for health officials is to make it easier for residents who might be hesitant or unable to make it to clinics, he said.

“Eliminating as much not just physical but also psychological barriers to getting vaccinated is an important thing,” he said.

Technology admin - May 21, 2021 0
On May 10, 40 advocacy groups sent an open letter demanding a permanent ban on the use of Amazon’s facial recognition software, Rekognition,...

Google Adverts NEW Month-to-month Spend Limits: What You Must Know

Digital Marketing admin - May 26, 2021 0
For years, advertisers have been looking for a way to keep their Google Ads spend under control aside from daily budgets and bid caps....

Entrepreneur admin - April 27, 2021 0
In some cases, the company ended up charging customers more than double the agreed price, sparking a wave of claims against Solar Roof, Tesla...